Copyright : APA
The deadline to submit technical and financial bids to conduct a study on Ethiopia’s controversial Nile River dam has been extended to mid-December, Egypt’s Irrigation Minister Hossam Moghazy disclosed Wednesday.Six international consultancy firms are expected to file bids for the study a statement from the Egyptian government quoted Moghazy as saying.
Three experts from the Nile countries of Egypt, Sudan and Ethiopia are tasked with reviewing the offers within 15 days before selecting the winner.
Later, a meeting by the three Nilotic countries slated for Khartoum in mid-January will settle for the best offers.
In August the three countries agreed in principle on mechanisms for deciding on the possible negative effects of Ethiopia’s controversial Grand Renaissance Dam which Egypt fears would affect its natural share of water from the River Nile.
Ethiopia had repeatedly argued that the dam project which it announced almost four years ago, would bring no harm to Egypt’s water security, a claim Cairo has dismissed as untenable.
Signature : APA
Copyright : © APA
Posted by Guihon at 9:05 AM No comments: Posted by Guihon at 5:41 AM No comments: 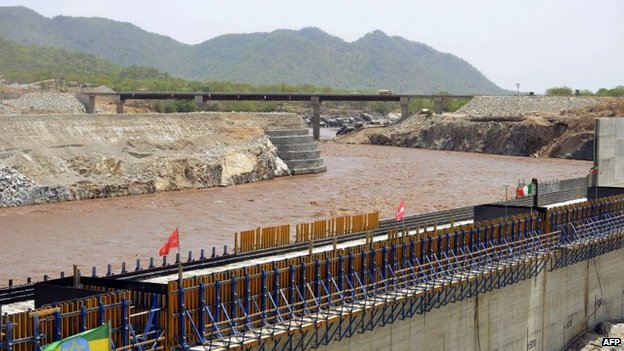 Egypt and Ethiopia have signed a series of trade agreements which could help smooth diplomatic tensions over use of the River Nile waters.
The countries fell out over Ethiopia's plans to construct a $4.3bn (£3.4bn) hydroelectric dam on the river.
Egypt was apparently caught by surprise when Ethiopia started diverting the Blue Nile to build the Grand Renaissance Dam in 2013.
The river is a tributary of the Nile, on which Egypt is heavily dependent. 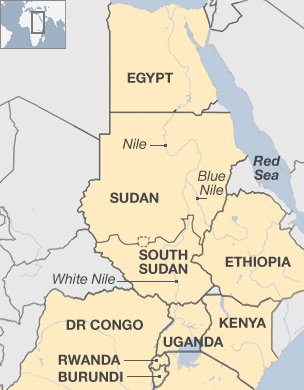 Ministers from both countries signed more than 20 bilateral on deals on trade, health and education at a meeting in Ethiopia's capital, Addis Ababa.
At the signing ceremony, senior government officials vowed to continue talks on how to resolve a three-year dispute over the dam, which remains a sensitive issue, says the BBC Emmanuel Igunza in Addis Ababa.
Egypt's Foreign Minister Sameh Shoukry said discussions would aim to achieve a win-win situation for all countries.
Despite reassurances from the Ethiopian government that their water project poses no threat to Egypt's share of the Nile, Egyptians are asking what effect it will have on their already depleting water resources, our correspondent says.
At the height of the tensions last year, Egyptian authorities were said to be considering military action over the dam.
They have however agreed to commission a team of international experts to assess the impact of the project on the water levels of Africa's longest river.

More on This Story

Posted by Guihon at 1:04 AM No comments:

The Ethiopian Capital Addis Ababa hosted on Saturday 01/11/2014 the 5th round of Egyptian-Ethiopian Joint Committee for two days at the level of senior officials.
The 5th round's meetings will be attended by representatives of the ministries of foreign affairs, trade and industry, electricity and renewable energy, oil, education, higher education, civil aviation, tourism, agriculture and land reclamation, communications and information technology, and culture, as well as the National Council for Women. Today's meeting comes in preparation for the ministerial meeting to be held on November 3, which will be co-chaired by the foreign ministers of two countries.
During the meetings, head of the Ethiopian delegation expressed condolences to the Egyptian government and people for the Armed Forces martyrs in the North Sinai terror attack. He stressed the importance of exploiting the political will of leaderships in the two countries and enhancing the historic relations between Egypt and Ethiopia.
For his part, Egyptian Assistant Foreign Minister for African Affairs Ambassador Magdy Saber stressed the importance of building on the positive spirit created between Egypt and Ethiopia after the meeting held between President Abdel Fattah El Sisi and the Ethiopian prime minister on the sidelines of the African summit. He stressed the importance of working to enhance relations between Egypt and Ethiopia in all fields, thus contributing to the realization of development goals of the two countries.
Posted by Guihon at 9:18 AM No comments: