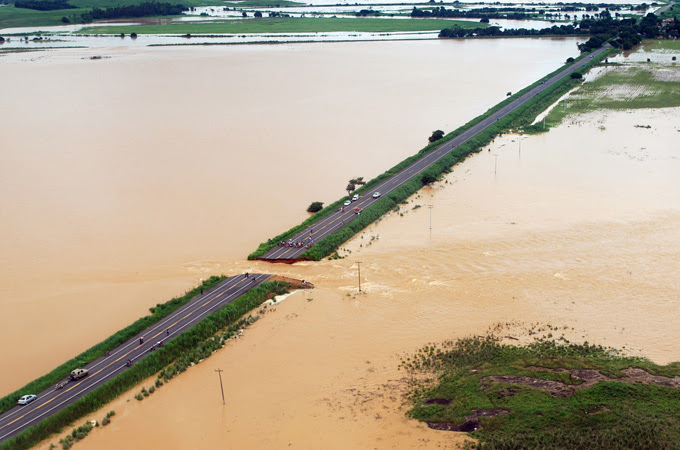 Brazil's Rio de Janeiro state has placed emergency teams on maximum alert as heavy rains that have displaced 35,000 residents were forecast to continue, reviving fears of mudslides and flooding that killed about 900 people early last year.

Residents scrambled to gather their belongings and flee in the Tres Vendas district of Campos de Goytacazes in the north of the state, after a small dam ruptured, sending water rushing through the streets.

Meanwhile, local media reported eight people had died by Thursday after floods in neighbouring Minas Gerais state, with 87 towns there declared a states of emergency.

A pensioner was also reported to have been killed while trying to save personal belongings in one flooded town in northeastern Rio de Janeiro.

Emergency workers said more than 1,000 families from Tres Vendas had been evacuated to shelters.

"We're trying to put up stone barriers to prevent the water advancing but it's difficult," Rosinha Garotinho, prefect of Campos and a former state governor, said.

She said there was no immediate risk of flooding in other districts of Campos.

Rio governor Sergio Cabral said the maximum alert, which requires emergency teams to intensify preparations, was focused on vulnerable towns in the north and northeast of the state as well as the Serrana region 97km north of the capital.

A year ago, heavy rain caused mudslides in the Serrana region that killed around 900 people, many of whom were asleep when rivers of mud buried them in their homes.

Photographs of the ruptured dam in Tres Vendas showed muddy water rushing through a gap in the dam about the width of three cars.

"Now, about 40 per cent of the streets [of Tres Vendas] are engulfed in water and we expect it will reach them all," said Major Edison Pessanha of the Civil Defence authority, according to a local government website.

Campos de Goytacazes, located about 280km north of Rio de Janeiro, is adjacent to the offshore Campos Basin from where about 80 per cent of Brazil's oil is pumped.