takes of the past,’ making the relationship with Nile basin countries a priority for foreign policy 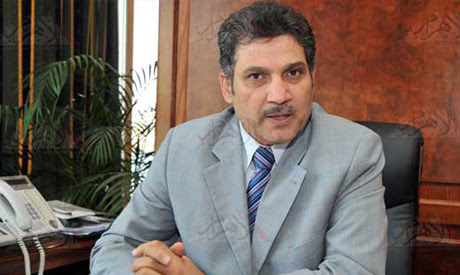 
Moghazi said in a press conference on the sidelines of his inspection visit to a group of water projects in Sharqiya governorate that Egypt is exerting effort in order to eliminate such worries on an objective and scientific basis and through 'meaningful dialogue' with other Nile basin countries.
Moghazi said that Saturday's ninth dam meeting, to be convened in Cairo, would be held to resolve the conflicts between the foreign consultancy firms conducting studies related to the Ethiopian dam.
He said that several pivotal alternatives would be raised in order to resolve the conflict. Only experts from Egypt, Ethiopia, and Sudan will attend Saturday's meeting in Cairo.
According to Moghazi, a report will then be delivered to the three countries' irrigation ministers.
A meeting will then take place between the three countries’ irrigation ministers, as well as possibly the foreign ministers, in order to reach an agreement.
Moghazi also affirmed that Egypt's share of Nile water is non-negotiable, adding that it will work on increasing the country’s share of Nile water.
According to Moghazi, there has been a noticeable development in the relationship between Egypt and Nile Basin countries.
He added that Egypt is “rectifying the mistakes of the past,” making the relationship with Nile basin countries a priority for foreign policy.
In September, Dutch consultancy firm Deltares withdrew from the assessment of the dam.
Deltares stated that it had withdrawn from the project because the conditions imposed by the Tripartite National Committee (TNC) -- which includes representatives from Egypt, Sudan and Ethiopia, as well as the French consultancy firm BRL -- did not provide sufficient guarantees to Deltares that an independent high-quality study could be carried out.
Since then, the future of the Renaissance Dam negotiations has remained unclear after several postponed meetings in October.
According to the irrigation ministry, Egypt is suffering from a water deficit of 20 billion cubic metres, which it compensates through water recycling, an inadvisable process in the long term.
The Grand Ethiopian Renaissance Dam, now under construction across the Blue Nile River in Ethiopia and scheduled to be completed in 2017, will be Africa's largest hydroelectric power plant with a storage capacity of 74 billion cubic meters of water.
Posted by Guihon at 12:51 AM