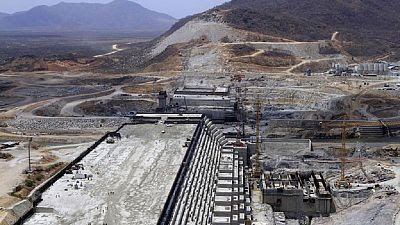 The individuals had traveled from Eritrea to the dam in order to act out their attack, Zadig told.
Ethiopia has foiled an "Eritrean-sponsored terrorist attack" on the multi-billion dollar Great Ethiopian Renaissance Dam, an official told Anadolu Agency Thursday. Seven other attackers who crossed over into Sudan were later handed back to Ethiopian authorities by the Sudanese government, Abrha said.
Egypt and Sudan continue to express concern over the potential reduction of their share of the Nile water as Ethiopia's Grand Renaissance Dam project is about halfway complete and is expected to be operating by July 2017. He said he has "never heard of this group".
The $4.2-billion dam expected to generate up to 6,000 megawatts (MW) of power is now under construction on Ethiopia's Blue Nile near the Sudanese border.
Initial investigations appear to show that the detainees are affiliated to the opposition May 7 Movement which is banned in Ethiopia and allegedly supported by Eritrea, Anadolu reported. Eritrea only seceded from Ethiopia in 1991 after a 30-year independence war, and the two countries have regularly clashed on the boundaries of their borders.
On its part, Eritrea's government denied any knowledge of the rebel group and termed the allegations by Ethiopia as preposterous.
The power plant with a capacity of generating 6,450 MW of electricity is slated for completion in 2018.
The project has been a source of tension between Ethiopia and Egypt, with the latter saying that the dam could reduce the amount of Nile water flowing into Egypt.
Ethiopia has received backing for the project from five other Nile Basin countries: Burundi, Kenya, Rwanda, Tanzania and Uganda.
Posted by Guihon at 9:13 AM