For decades, Ethiopia has been viewed through the lens of extreme poverty, political instability and starving children. But this perception is expected to change once the construction of the controversial Grand Renaissance Dam on the Nile River is complete.

The dam, which has been under construction for the last six years, covers about 150 square kilometers and is expected to generate close to a third of UAE’s energy output. It is one of the largest dams in the world, costing more than 10 billion Ethiopian birr.
Once completed, the dam will guarantee the people of Ethiopia sufficient water supply and a steady source of energy.  Majority of Ethiopians are optimistic that perennial droughts and power outages in the country will soon be a thing of the past.
Disgruntled Neighbors
But while Ethiopians are celebrating, some of their neighbors are worried about the mega project. For instance, the Egyptian government argues that the water reservoir will disrupt the flow of River Nile thereby affecting the livelihoods of millions of people who depend of the river for survival.
A major diplomatic row between Egypt and Ethiopia over this project has been simmering since its conception six years ago, with the former Egyptian President Hosni Mubarak at some point considering a military action against Ethiopia.
Experts have also voiced their concerns over the possible long-term impact of the dam on people living downstream. At the moment, over 70 percent of the population in Egypt and Sudan heavily rely on River Nile for farming and water supply. Studies show that Egypt gets at least 60 percent of its water from the Nile.
Aside from the fear of a major disruption of the flow of River Nile, Sudan and Egypt are also concerned about the set time frame of filling the reservoir. They argue that the shorter the time taken to fill the dam, the greater the effect of reduced water flow downstream.
A recent study by the University of Yale revealed that the dam will take five to 15 years to fill. 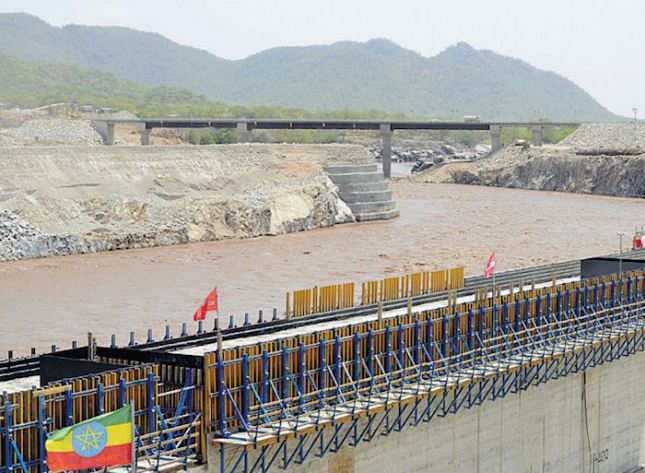 The Ethiopian Grand Renaissance Dam. Photo credit: Ventures Africa
According to Haytam Awad, the former head of Irrigation Engineering and Hydraulics Department at Alexandria University, the filling of the Grand Renaissance Dam by Ethiopia before the completion of technical studies done by international consultancy firms would amount to a contravention of Article V of the Agreement on the Declaration of Principles on the project signed between Egypt, Sudan, and Ethiopia.


Ethiopia maintains that once the dam is full, the flow of water downstream will normalize, but Egypt and Sudan are worried that years of reduced water flow might have an irreversible impact on their populace.
It is also uncertain how Ethiopia plans to achieve the targeted electricity output, with some experts arguing that the 6,000 megawatts may be hard to realize without peak water levels. It therefore means that the company in charge of the reservoir will be forced to keep it at its highest levels all year round.
The Way Forward
On its part, the Ethiopian government is certain that the Grand Renaissance Dam will be of great benefit to the people downstream as it will serve as a supplementary upstream reservoir with a more reliable flow from the Nile. But it has to be properly managed to avert possible bursts that might cause flooding in Sudan and Egypt.
Already, the three countries have formed a committee called the National Tripartite Committee to discuss the rules and regulations of the first filling of the reservoir, yearly operational rules and how to mitigate the possible negative effects of the dam. 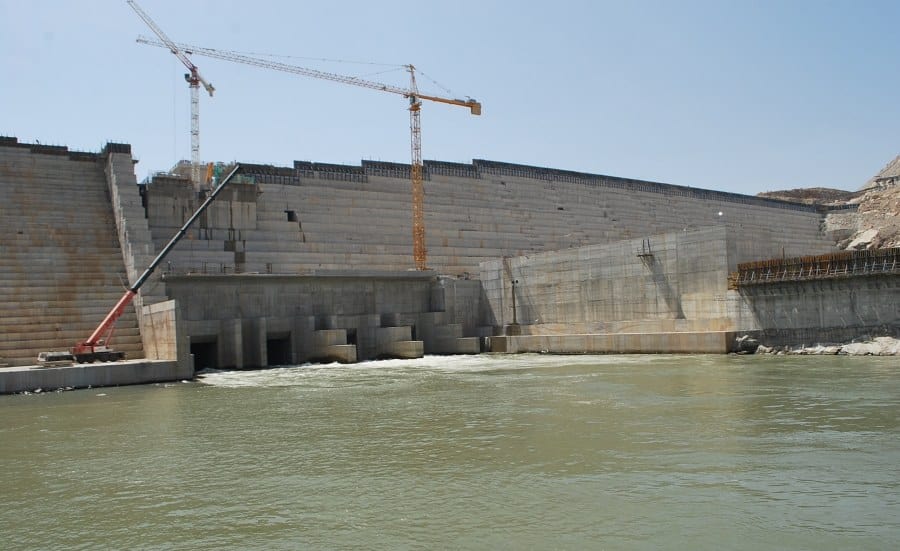 Grand Ethiopian Renaissance Dam. Photo credit: All Africa
The only thing remaining now, before the filling can commence, is the impact assessment report from a study being conducted by several international consultancy firms. Unfortunately, parties involved in the study have often disagreed on various implementation procedures, making it difficult for the committee to reach a timely conclusion.


Notwithstanding the back and forth and counter accusations between the various stakeholders, the three countries have to sit down and agree on the best way to make this project beneficial to everyone while minimizing its negative impact.

Contributor, F2FA
FULL BIOCLOSE
Fredrick is a Kenyan journalist with years of experience in freelance writing. Before joining Face2FaceAfrica, he worked as a web content writer for various local and international corporations including 4 Wheel Online, Web Partner Group, Wedding Services Kenya, and Decadent Daylilies. He is also an avid blogger, political commentator and human rights crusader.