The Knesset State Control Committee chairman says "we could have integrated them better and faster." 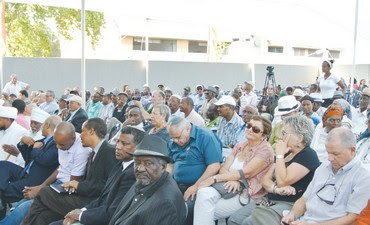 Ethiopian community center in Netanya Photo: Seth J. Frantzman
The state has failed in the absorption of Ethiopian olim, Knesset State Control Committee chairman Amnon Cohen (Shas) said at a committee meeting on the subject that took place on Tuesday.
“We could have integrated them better and faster,” he said.
The meeting was convened to discuss improvement of Ethiopian integration efforts following the State Comptroller’s Report on the matter published earlier this year, which revealed, among other problems, a lack of coordination between ministries, a lack of knowledge of and familiarity with the issue by decision- makers, and an insufficient budget.
Director-general of the State Comptroller’s Office, Shmuel Golan, said at the meeting that a “multitude of entities are involved in the absorption process” and there is a strong need for “a coordinating body” since the Immigrant Absorption Ministry cannot coordinate all aspects of the process.
Golan emphasized that the latest State Comptroller’s Report stated that despite the high motivation of Ethiopian youths to join the IDF, they tend to experience problems during their military services. According to the report, in 2010, only 9 percent of them underwent professional training and took courses for their military positions. Golan also stressed that army officials have pledged to find a solution to the issue.
Yesh Atid MK Pnina Tamnu-Shata, however, blamed the Immigrant Absorption and Education Ministries for “squabbling,” adding that “immigrants are paying for these ego games.
State Comptroller Joseph Shapira noted at Tuesday’s meeting that unlike other olim who cannot be recognized on the street, Ethiopian immigrants continue to be identified as olim even if they were born in Israel. He expressed his great “sympathy and special sensitivity” for the community.
According to the report, as of 2012, some 120,000 citizens of Ethiopian origin reside in Israel, representing some 1.5 percent of the total population. A third of them were born in Israel.
Posted by Guihon at 8:19 AM